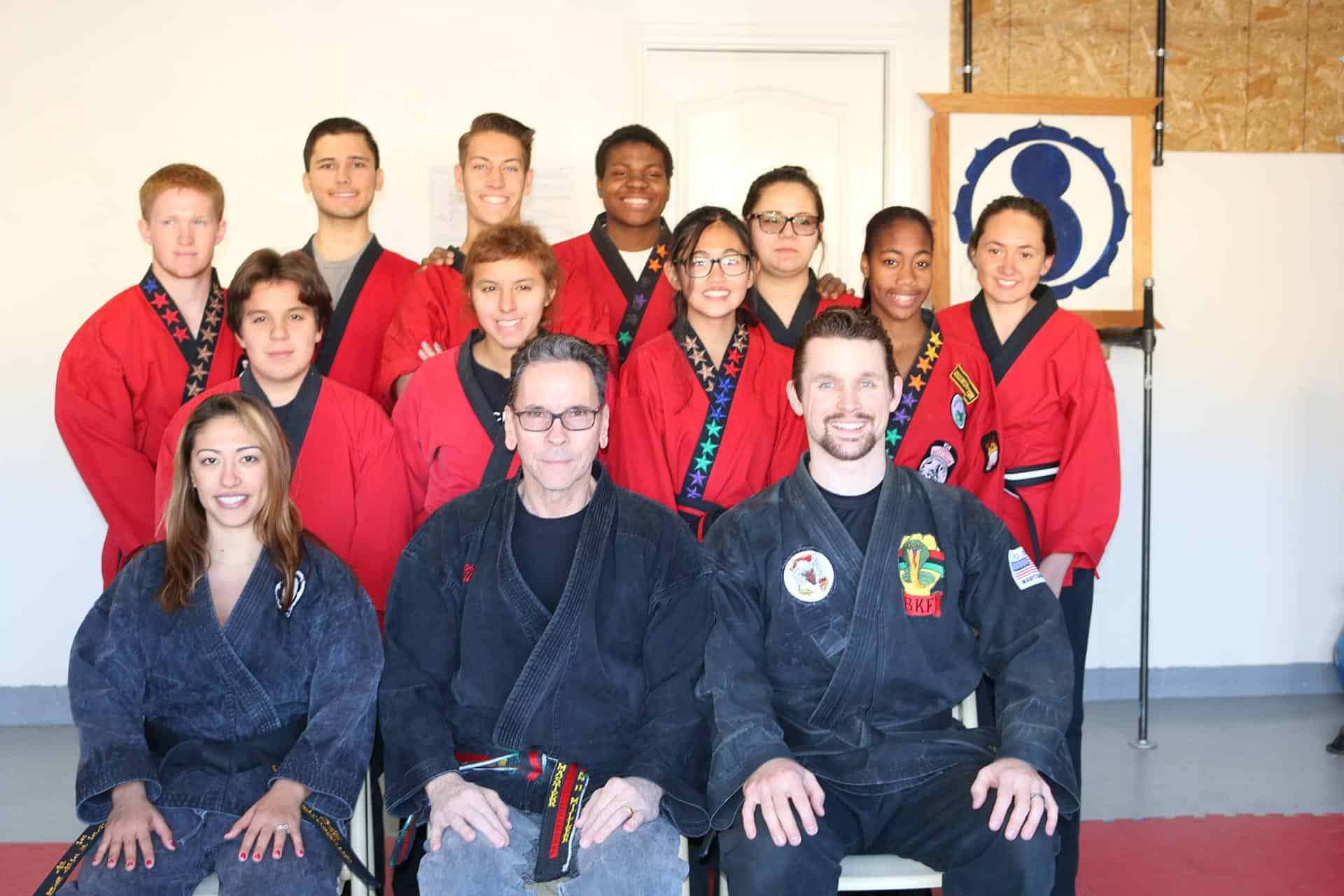 On December 27, 2015 Jack and Isaura Muns of Antelope Valley Ca hosted and presented  their new Black and Deputy Black Belts students Certificates of completion who recently tested on November 29, 2015. All students in attendance were also invited to a 1-hour TKD Jidokwan / Hapkido Seminar hosted by Grandmaster Miller and 2nd Dan Isaura Barrilias. The following lessons and techniques were reviewed:

Tracheal: a large membranous tube reinforced by rings of cartilage, extending from the larynx to the bronchial tubes and conveying air to and from the lungs; the windpipe.

Ear: the organ of hearing and balance in humans and other vertebrates, esp. the external part of this.

Nare: Is one of the two channels of the nose, from the point where they bifurcate to the external opening.

3) Hand-to-hand techniques were demonstrated and practiced.

Defense against a front snap kick

Defense against a rare leg kick

Defense against a back side kick